Nematodes are one of the most significant causes of crop damage, and the fight against them is becoming increasingly sophisticated. According to nematode expert, Associate Professor Claudia Regina Dias Arieira from Maringá State University in Brazil, getting to grips with this common problem begins with awareness.

“In recent years, extensive work has been done to publicize the problems and management strategies for the control of nematodes and this has resulted in the growing demand for courses, lectures, training and projects for the development of products for their control,” she says.

To be successful, any solution should involve an integrated approach.

“Nematode control should be carried out within an integrated nematode management (INM) program,” says Claudia. “This includes chemical, cultural and biological controls.”

Combining these methods is not always as easy as it sounds.

“Often when the problem of nematodes is detected, the population is already high and in these cases the reduction of the pathogen below the threshold of economic damage will only occur by integrating the practices, since each of them has advantages and limitations.”

For example, when applied correctly, chemical control can be fast acting and efficient in the early stages. “However, its limitations are the low number of registered molecules and extremely high toxicity, in addition to the short period of residual effect,” says Claudia.

What Claudia calls cultural controls includes the use of organic fertilizer, land conservation, good soil management and most commonly, crop rotation – but they too can have varied responses.

The biological control approach is increasingly becoming an important aspect of any nematode management strategy she says. “This has been the sector that has grown the most in recent years – with numerous products based on bacteria and fungi, which act directly or indirectly on nematodes.” 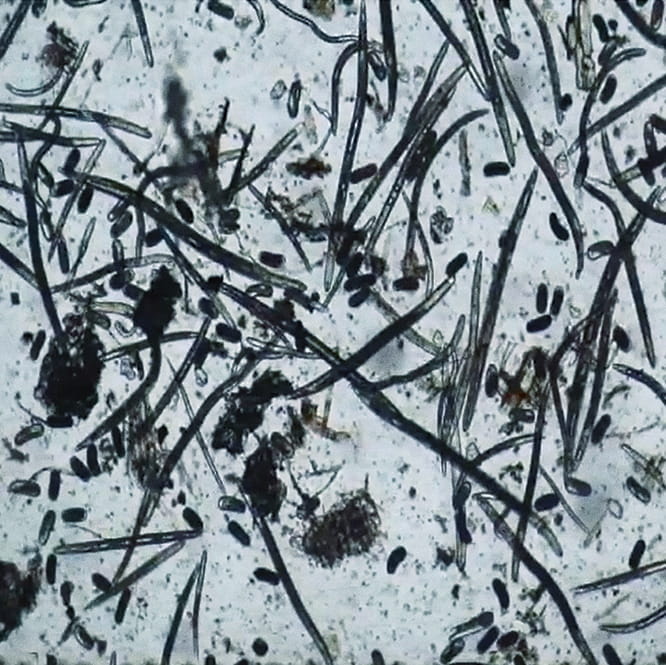 Stopping them in their tracks

Bacteria-based biologicals in particular are making a significant impact.

“The sector that is growing is that of rhizobacteria,” says Claudia. “Especially those of the genus Bacillus. Such bacteria are natural inhabitants of the rhizosphere, where they grow in abundance, usually stimulated by the root exudates of plants. They have the advantage of multiple forms of action on the nematodes and the host.”

The bacteria work by creating a so-called antibiosis - an association between two organisms, especially microorganisms, that is harmful to one of them. According to Claudia, antibiosis is “one of the mechanisms of action of Bacillus for the control of nematodes, and consists of the production and release of toxic substances which can negatively affect embryonic development, causing egg death, or reducing the mobility of nematodes in the soil.”

As the bacteria grow, they form barriers that deter the nematodes. “The abundant growth of bacteria in the rhizosphere can alter the root exudates, forming a chemical barrier, making it difficult for nematodes to locate the root,” explains Claudia. “They can also grow with the rhizoplane, promoting a physical barrier that makes it difficult to penetrate the roots.”

Besides these direct effects of the bacteria on the nematodes, they can also act indirectly to boost the host plant’s tolerance. “In this sense, Bacillus are commonly known for their ability to promote plant growth and the increase in the root system can make the host more tolerant to stress caused by parasitism,” says Claudia.

Bacteria can also aid the plant’s resistance to disease. This “causes the plant to be in a ‘state of alert’ and to activate enzymes that assist in reducing the development of the nematode by increasing the deposition of substances related to its natural defense.”

“Despite the innumerable benefits of biological control,” says Claudia, “it is always important to be aware of the fact that not every species within a genus, or every strain within the species, is efficient in controlling nematodes. Therefore, the selection process for biologically efficient strains must be rigorous and careful and the farmer must follow the dosages and method of application indicated by the manufacturers.”


Claudia has 18 years of experience as a professor and researcher.